Yesterday I set up dual-booting for the first time. Two things made me decide to do it:

First, I have an 80-GB hard drive for goodnessakes, and I’ve never run a Linux OS that used more than 6 GB of disk space. And all my collected pictures, songs, settings, school stuff, and whatever else has not amounted to more than maybe 7 or 8 GBs of storage space. There’s plenty of room to play.

Second, just when I was beginning to feel good about leaving my once-beloved Xubuntu because the latest version became slow and hesitant, MX-14 started acting the same way. To be fair, it’s not the fault of any Linux distro. Probably the main reason for the fits and starts is just the fact that this computer is an ancient, tired, relic dinosaur with only 512 MB of RAM and a little sissy Celeron processor. It’s like trying to run scientific calculations on an abacus or something.

For the past week, there have been times on MX that I needed to multi-task a bit for some school work. I’m editing a pdf and I have two browser tabs open. My Humanities professor has assigned another “web quest” due in two days. By the way, those web quests are awesome fun and very helpful to me in grasping the material. A very cool idea from a very cool professor. Anyway, even the most lightweight browser slows down, then the whole computer locks up. Unresponsive to any input. “Okay, it’s busy catching up with something I asked it to do,” I tell myself. “I’ll give it a few minutes to catch up.”

So I wait, and try just moving the mouse after several minutes. Nothing, still locked up. Fine. Go fix lunch and check again. Still locked. Eat lunch, clean up, walk the dog, read the paper. Still locked. Enough already! I hope my work has been “auto-saved” and do the Linux three-finger salute (cntrl-alt-backspace, which is kinda like the cntrl-alt-delete thing in Windows, only instead of rebooting it just drops you back to a command line). Nothing! What the…

Press and hold the power button to force a shutdown, while pressing and holding my tongue to avoid offending my housemates… Reboot.

Going back to work on my paper, I notice that I’m typing like crazy and nothing appears on the screen, so I stop. A few seconds later, my typed text appears as though someone else is typing it remotely while I watch. There’s some big delay between input from my keyboard and mouse, and output on the screen. This with no browser even open yet. So I save my work, close every running application, and check to see what is keeping the computer so busy. I had already “un-selected” a bunch of daemons and bells and whistles that used to start-up automatically, but there they were, running like crazy. Bluetooth, power manager, update notifier, all that junk I don’t use. So I turned them off – again – wondering how MX “forgot” my default settings, and went back to work on my paper. It’s the web quest, so I have to use a web browser. It requires having a few tabs open simultaneously and I worry that it’s gonna freeze up again. I’ve managed to answer two more questions when I notice the little “busy” wheel turning, so I wait. Move the mouse – the cursor doesn’t budge. It’s locked up again.

Go make coffee, pet the dog, grab the mail from the mailbox outside… that should have been enough time for the computer to catch up, right? Wrong. Three-finger salute again – nothing. Power off, reboot – again.

This isn’t new to me. Xubuntu (14.04) did the same thing except that it took a lot longer and happened more gradually – even predictably. “I guess I need a new ‘puter,” I tell myself. “It’s been a great run, but Linux has just outrun this old hardware. But why, then, did Xubuntu 12.04 run slow but at least okay without all this hesitation? What’s different about the newer versions of Linux that makes them impossible to run well on this old hardware? Rawr.

So I open one browser tab. Just one. Google “Linux for old computers” and find an old respected friend called AntiX among

the offerings. I could surely use that! I installed it on a laptop with less than half of my computer’s RAM and it did okay. But I’d rather have a real desktop, so I keep looking. Oh look, there’s Lubuntu. No thanks. LXDE was buggy as hell when I tried it before, and just plain ugly. I can fix ugly, but not buggy. So I skip that one. Oh, look, there’s Puppy! How cute! But it’s “against my religion” (not really, it’s just an expression, don’t get mad) to run as root all the time, especially on an Internet-connected computer. I’m a college student. I didn’t even have enough money for all my books this semester. I’m renting two of them! How am I supposed to come up with money for extra RAM (for all the good that would do) or a whole new computer?

“Oops, it’s LXDE, probably as bad as Lubuntu,” I think, but look at the screenshots! Whoa! And is that a cool looking weather applet I see? So I read on, skeptical as I can be. But I find enough information to pique my interest, so I decide what the heck, I’m not getting any school work done anyway, why not. I torrented the iso overnight to be nice about it, put the iso on a thumb drive with Unetbootin (which took 40 minutes on MX – seriously?) and took it for a test drive. Amazing. But running it from a USB drive is not the same as running it installed, but it’s LXDE and I’m still skeptical, so I decide to install it alongside MX. When it’s done I’ll really test it. Then we’ll see. And if it totally fails I’ll throw Xubu Precise on there, finish my web quest assignment, save all my school stuff on a thumb drive and just do all my school work at school from now on, using one of their yuckky disgusting Windows machines.

LXLE installed as effortlessly as any OS with that terrific Ubiquity installer that’s nice and graphical for us technophobic types. It’s Ubuntu, not Debian, so the user password is the root password. I hate that. But whatever, if it works I’m good with it. But does it work?

Oh. My. Gosh. Does it ever! I swapped out Claws-mail for Seamonkey because I post to this blog via e-mail and I need the HTML editor. I added Xournal for school stuff, and … really, I didn’t need to make any other big changes. When you log in to LXLE, you get to choose your “paradigm.” It can look like WindowsXP, or Gnome 2, or Unity, or even OSX. Pick your favorite, but they’re all LXDE customizations. Very cool. Gorgeous default settings, wallpapers, and miserly little widgets (Conky, weather) that don’t weigh down the processor with busy work. Not a lot of background stuff turned on by default, either, so it’s plenty fast.

So I updated it and tested it. I mean really tested it. I had my web quest going with 6 browser tabs open plus the pdf annotator and LibreOffice writer all at once. Taxed far beyond anything that MX would stand for, LXLE still held it’s own and I finished my web quest, victorious! And amazed. No bugs! No hesitation! Not ugly desktop stuff to dress up or get rid of. I did my web quest on a freakin’ abacus for gosh sakes, with no slow-downs, no freezes, no lockups. Amaaaaaazing. 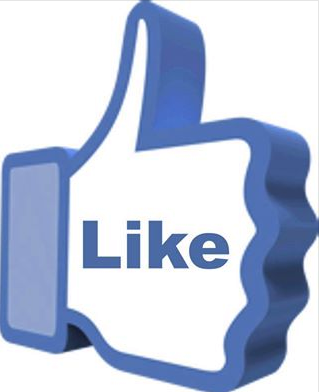 Who knew LXDE could look this cool and be so customizable? No this ain’t LXQt, which the developer of this amazing respin calls “a fat pig.” This is just Lubuntu done right. And I sat here in stunned silence after my glorious web quest, just giving thanks to God for this delightful surprise.

4 thoughts on “LXLE – A Delightful Surprise”