For total newbies who can’t run (or can’t afford) Windows 10. This example is Linux Mint, probably the most popular distro for newbies, and with good reason. The same instructions work for Linux Lite (even better for newbies in my opinion).

Don’t toss the old technology — give it a new OS 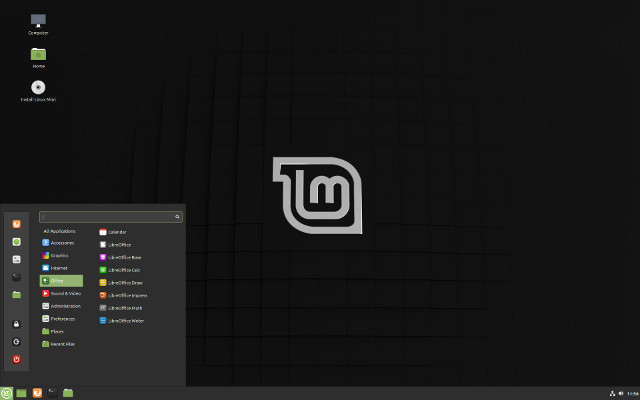 By the federal government’s Digital Analytics Program (DAP) count in October 2020, 3.2 percent of computer users still are on Windows 7 — even though Microsoft no longer supports it for free. If you have an older system but are worried that it won’t support Windows 10 — or if you simply don’t want to deal with Windows anymore — I have a suggestion: Switch to desktop Linux.

Desktop Linux can run on your Windows 7 (and older) laptops and desktops. Machines that would bend and break under the load of Windows 10 will run like a charm. And today’s desktop Linux distributions are as easy to use as Windows or macOS.

And if you’re worried about being able to run Windows applications — don’t. For instance, you can run the freeOffice…

A kid explains what this election means to young people:

“Follow the science!” they say, and we try, really we do! But the science is really confusing. The same science that tells us there might be as many as 80 different genders, and that a single person can change genders at any time, also tells us that white people are inherently evil and should always be ashamed to be white. The same science that tells us kids that we have no future at all, since the planet only has about 12 years of habitable life left to it, also tells that we should live our last few years of humanity cowering in terrified submission to tyrannical rules that restrict us to staying home, having no personal contact, wearing masks that make us feel even more isolated, and only interacting with others virtually – to delay a pandemic which is 98% survivable, especially by kids like me!

The same science that assured my grandparents, when they were my age, that an ice age would consume the Earth by the year 2000, then changed it to global warming, and now call it “climate change” just so the data wouldn’t keep contradicting them. SCIENCE??? Not so much.

Following the money offers a clue about the validity of “scientific findings.” Like tech company funded “science” that tells us that 5G cellular radiation isn’t so bad, or government funded “science” that tells us we’re all certain to die a horrific, agonizing death unless we submit to unconstitutional intrusions upon our liberties for the sake of safety and security.

Well, we kids with “no future” and nothing to lose because we’re all going to die in 12 years anyway, want to live our short lives as free people, like the generations before us. Especially just in case the “science” is wrong again, just as it was when it was telling my grandparents they would die in an ice age. And I have a hunch, based on history, that the “science” is dead wrong again, and that freedom is more precious than life itself. So please, you adults out there, vote to restore and maintain liberty for yourselves, for us, and for our kids someday, because we all know the world will go on spinning until it’s Creator wills it to stop.

Omygosh… More reasons to dump that maddening OS and use a Linux desktop OS!

The latest proof you don’t own your Windows 10 computer.

I stepped away from my computer for dinner, halfway through writing a story forThe Verge. When I got back, I couldn’t believe my eyes.

Windows 10 had restarted my computer without permission yet again — to install yet another forced OS update onto my solid state drive.

The craziest part: When my machine finished rebooting, it now containedthe exact thing I’d been writing aboutbefore I was rudely interrupted. Microsoft had installed unsolicited, unwanted web app versions of Word, PowerPoint, Excel and Outlook onto my computer.

OK, it’s not as bad as when my entire computer screen got taken over by an unwanted copy of Microsoft Edge.That was truly egregious.

So wha’d’y’think? Would this be “good for all involved” or would this be a “takeover” of desktop Linux?

Microsoft Linux is the next evolution of the Microsoft desktop operating system, argues Jack Wallen. He explains why this would be a win-win for Microsoft, IT pros, users, and the Linux community.

My esteemed colleague Steven J. Vaughan-Nichols penned an outstanding piece on sister site ZDNet titled Linux-based Windows makes perfect sense in which he discussed Eric S. Raymond’s point of view that we are nearing the last phase of the desktop wars. Vaughan-Nichols posits that the next logical step would be the Windows interface running on top of the Linux kernel.

It makes sense, especially given how hard Microsoft is working onWindows Subsystem for Linux. However, from everything I’ve witnessed over the last few years, I think there’s a conclusion to be drawn that makes even more sense for Microsoft.

At one point, the big…

Source: It’s FOSS Now that Fedora 33 beta has landed, considering the feature changes, it looks to be one of the biggest release ever. Fedora 33 final version should be releasing in mid to late October 2020. But there is no specific release date or schedule like Ubuntu here. Let’s see what are these changes […]

When users of an awesome free OS or awesome free software complain about stupid little stuff like spoiled brats, I like to tell them, “You are entitled to a full refund of the purchase price.” Sometimes they get it, and reflect on the fact that a whole buncha people worked really hard to create and maintain the software at their own expense. Sometimes they still whine and I tell them, “well then, stop using the software, or the distro, whatever, and go back to paying big bucks to single vendor. You get what you pay for, right?

Please read the article below, and consider supporting great projects with whatever donations you can afford.

On older hardware – BAD. Snaps gobble up scarce resources on older hardware. On newer hardware with a zillion and twelve terrabyres of RAM and storage space, not that big a deal, but still a lot less efficient than good ol’ tried-and-true .deb or .rpm packages on Linux.

So why would Ubuntu make snap packaging the default in their distro and it’s flavors? Because it relieves them of the burden of having to maintain all those modified .debs in huge repositories with multiple packagers and maintainers. The burden shifts to the writers and vendors of the software instead of maintainers at Canonical / the Ubuntu family. Saving lots of work and lots of money.

The problem is, though, that updates to software for the operating system can mess up the snap applications, and vice versa! With repositories and maintainers, those problems are avoided most of the time. That’s prob’ly why Linux Mint said “no freaking way” to snaps as the default on Linux Mint. It’s a distro for newcomers to Linux, and having it break all the time because one independent package out of thousands of them borks the system is enough to drive users back to proprietary OSes and imagine, as before, that Linux is “just for geeks and for servers.”

This video is kinda long, but it’s good! More info about snaps, and why they’re unpopular with developers of even Ubuntu-based derivative distros:

Imagine this situation. You are working on a certain topic and you have more than twenty tabs open in your web browser, mostly related to the work.

Some of these tabs are for YouTube or some other music streaming website you are listening to.

You finished the work on the topic and close the browser. Your intent was to close all the work related tabs but it also closed the tabs that you were using for listening to music or some other activities.

Now you’ll have to log in to those websites again and find the track you were listening to or whatever you were doing.

Frustrating, isn’t it? Linux Mint understands your pain and they have an upcoming project to help you out in such scenario.

In a recent post, Linux Mint team revealed that it is working on a new tool called Web…

For those of you who love virtual OSes and cutting-edge stuff:

In this post, I talked about how switching to the open source nouveau and mesa video drivers and VirtualBox insulated me from Linux kernel changes and made OpenSUSE Tumbleweed a viable option for me. Well…not so fast. With the Linux kernel 5.8.x memory allocation changes, VirtualBox would no longer load. But, as Mr. Spock used to say, there are always alternatives.

KVM is the native Linux hypervisor. QEMU provides an interface to it. Back in 2007, when I first moved to Linux, I looked at QEMU but decided then that it was too complex. No longer. OpenSUSE makes the KVM/QEMU installation and operation easy.

Confessions of a Technophobe